The entire project is scheduled to be completed in October 2018. 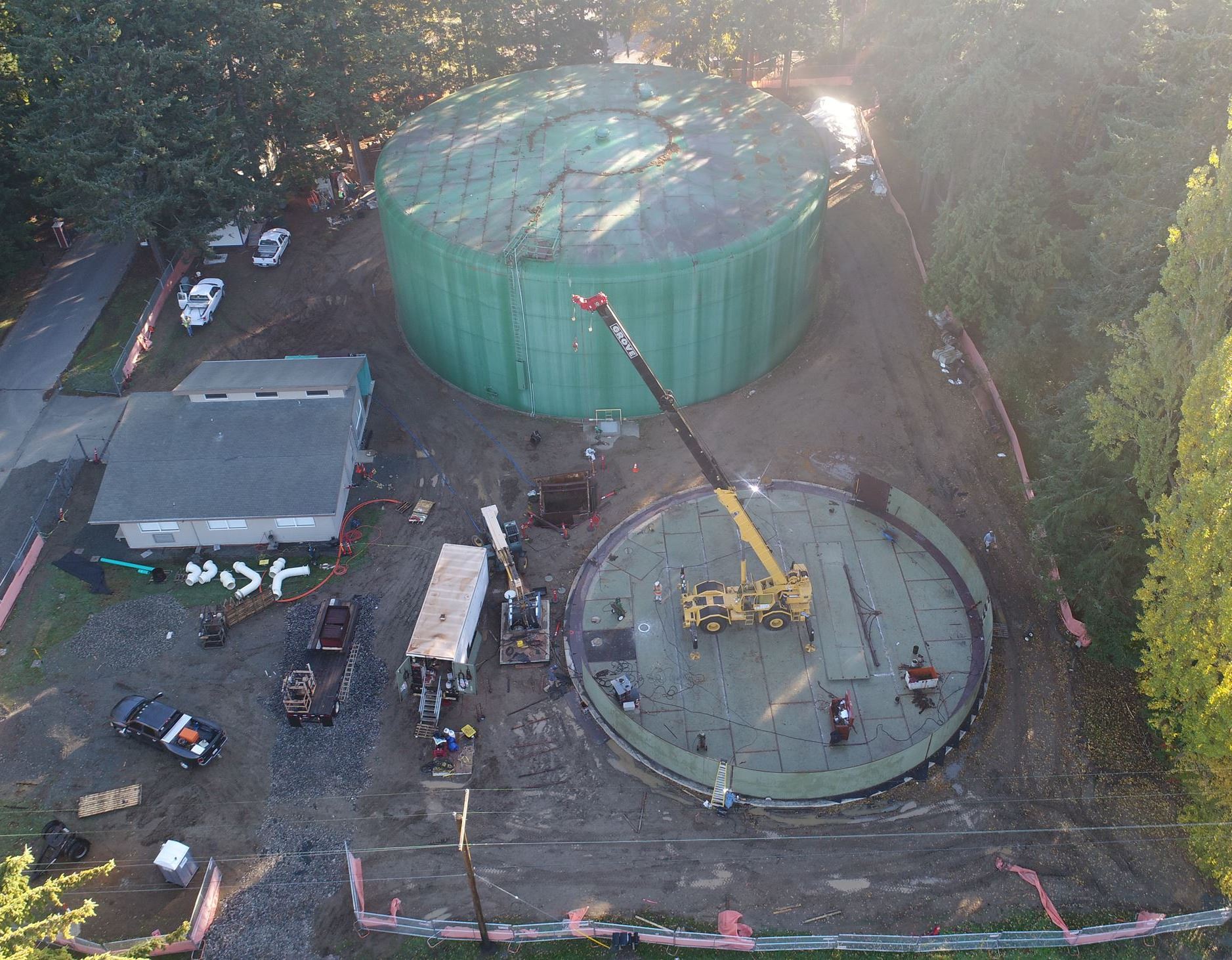 The first tank was scheduled to be complete and in service in March 2018. 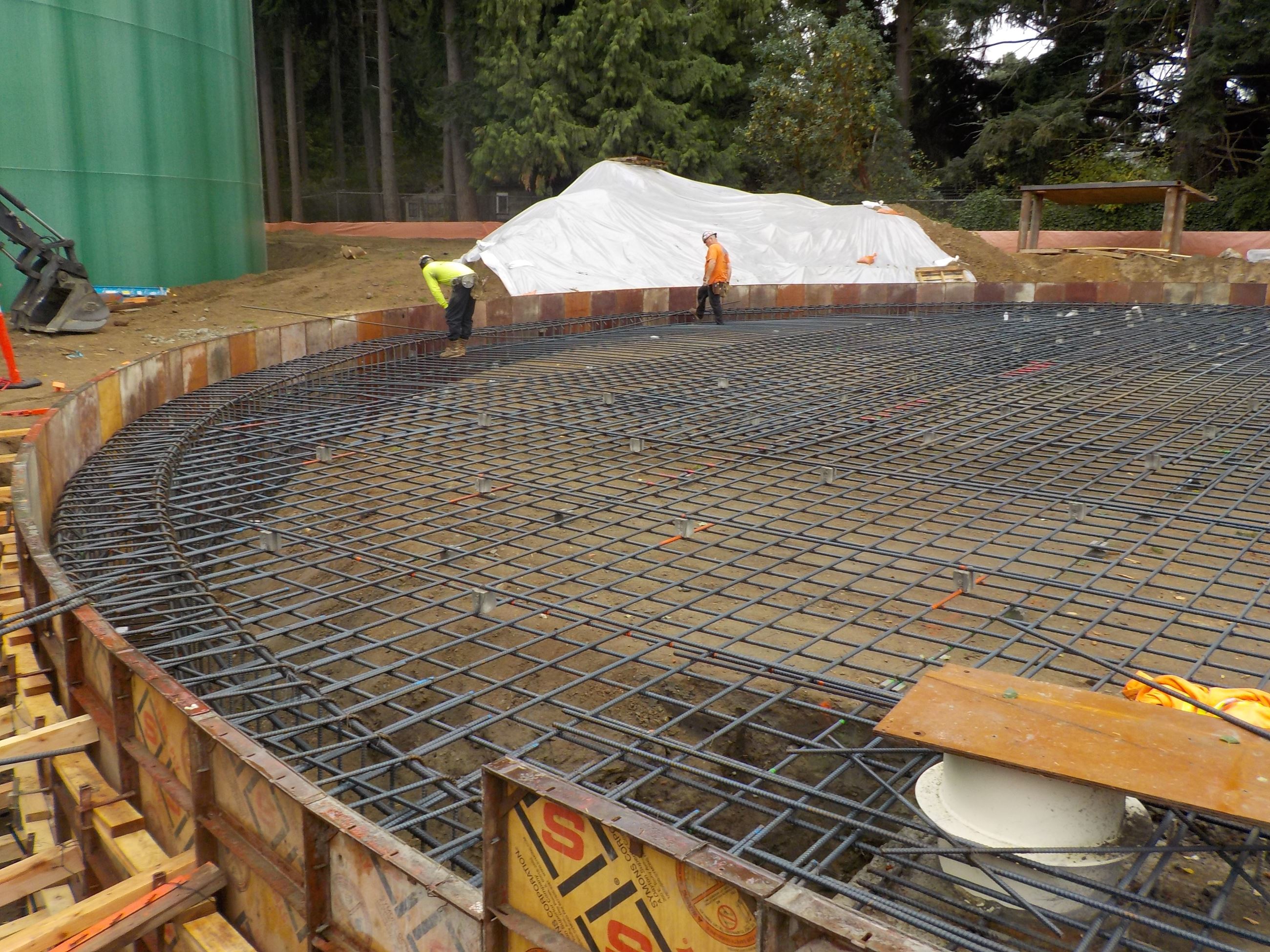 After the underground piping and tank floor were completed in November 2017, welding of the steel sides began. 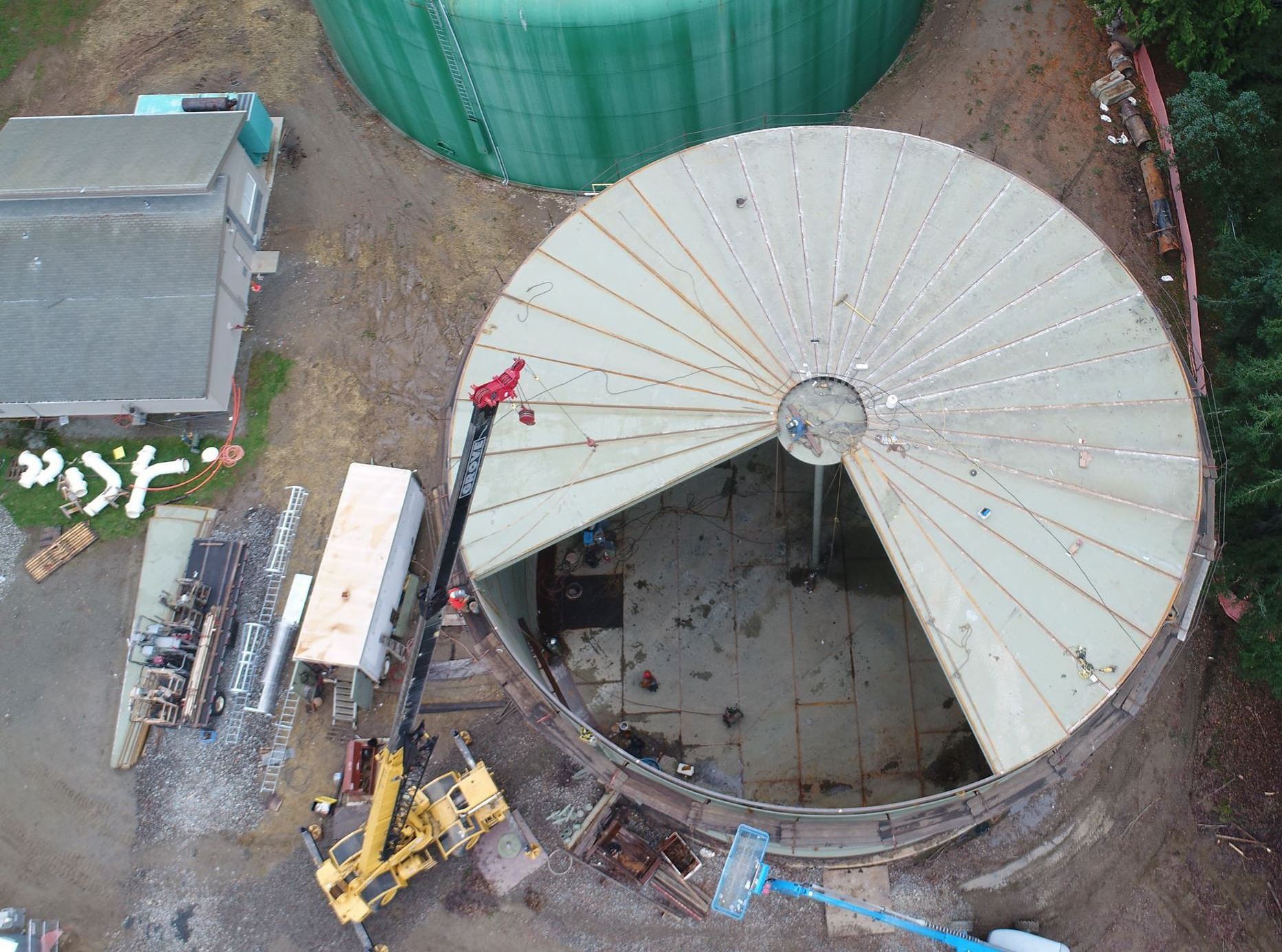 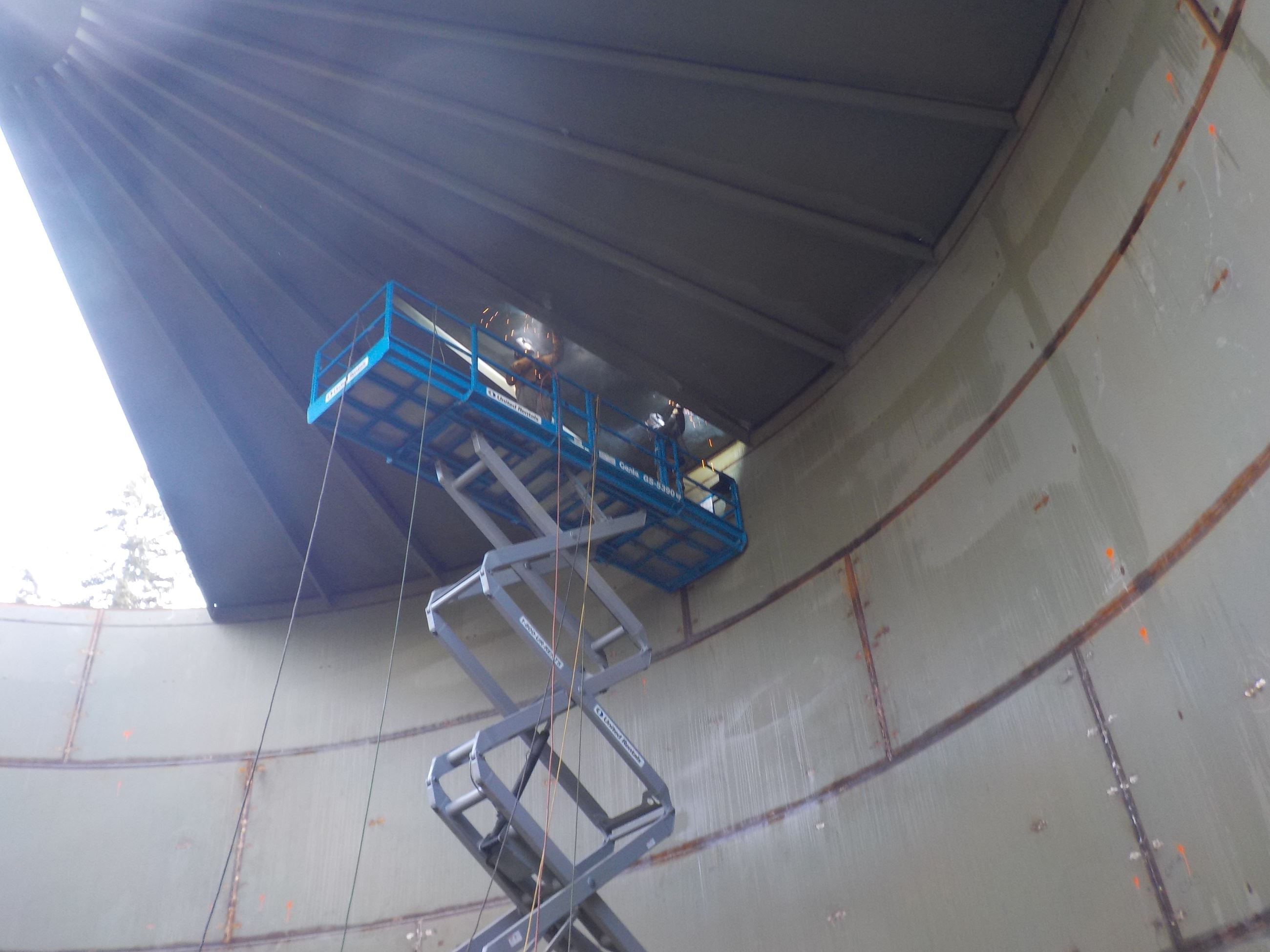 In December 2017, crews were welding the roof plates, using a center column support. 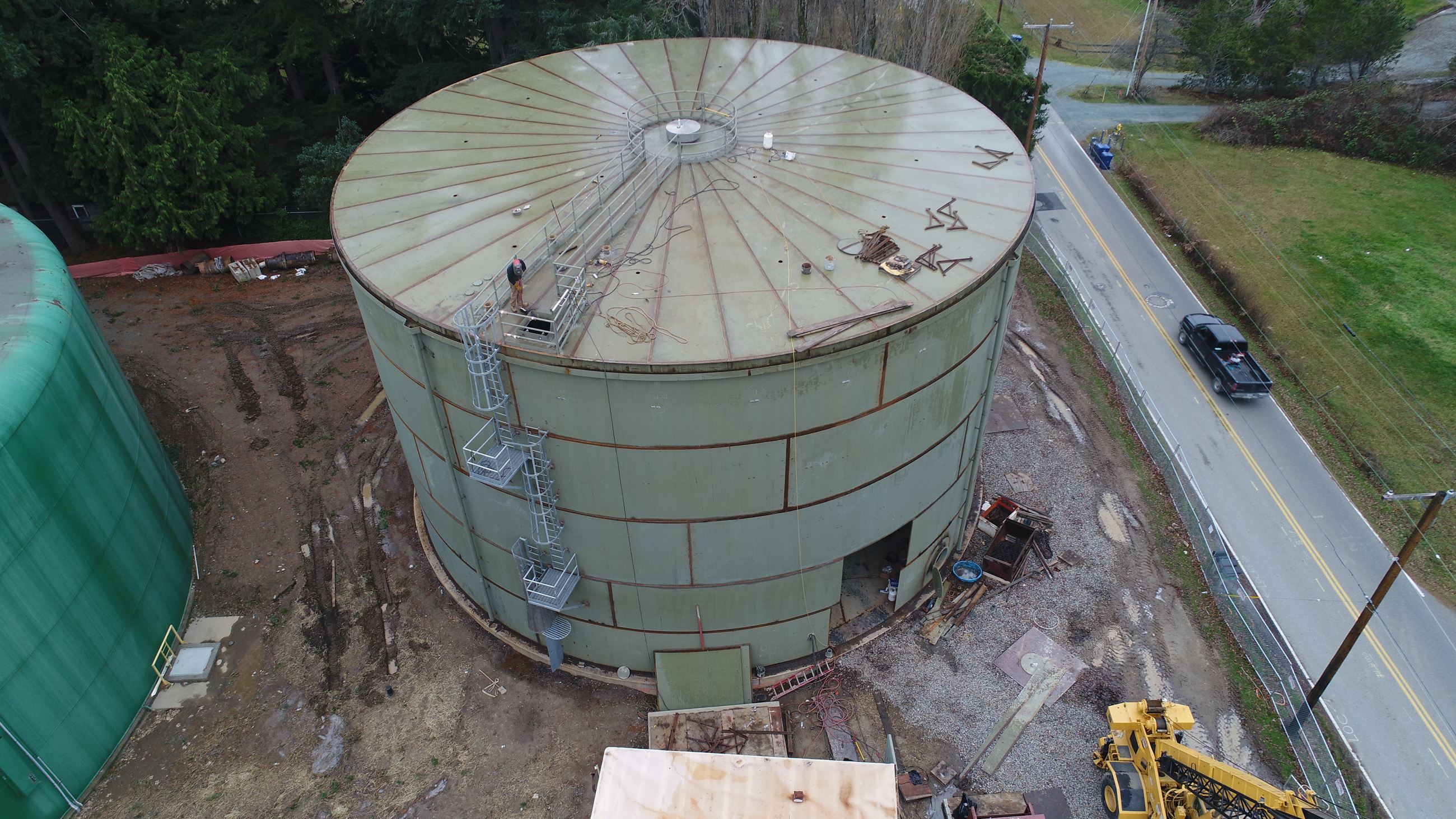 By the end of the year, the entire roof was in place. 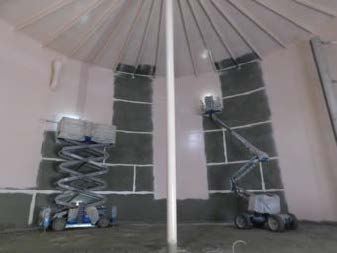 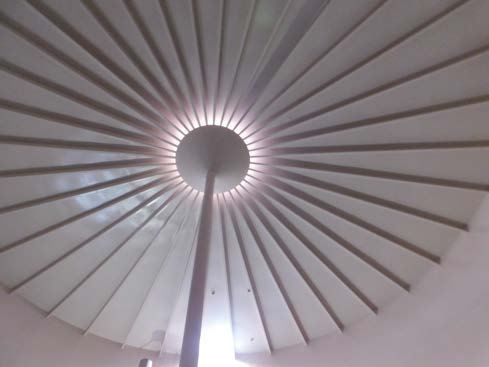 In January 2018, crews finished coating the inside of the tank with a protective material..

The two new tanks will be painted a slate gray identical to the reservoir at the Water Treatment Plant alongside the Skagit River in Mount Vernon.

The tank was filled with water remotely from the Water Treatment Plant in late February. It took 7 hours at a rate of 4,000 gallons per minute. Water quality testing was done and the tank put into operation mid-March. 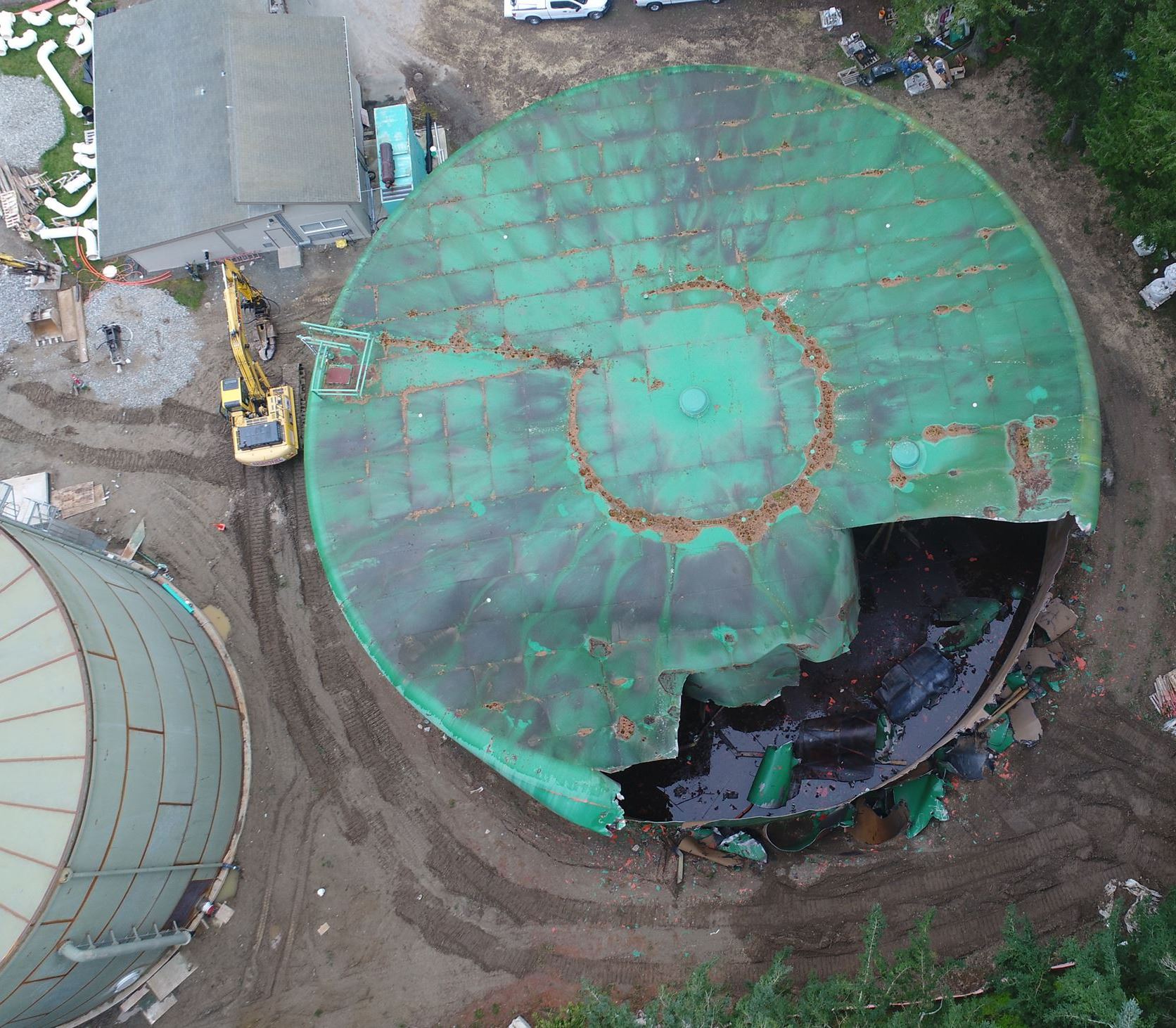 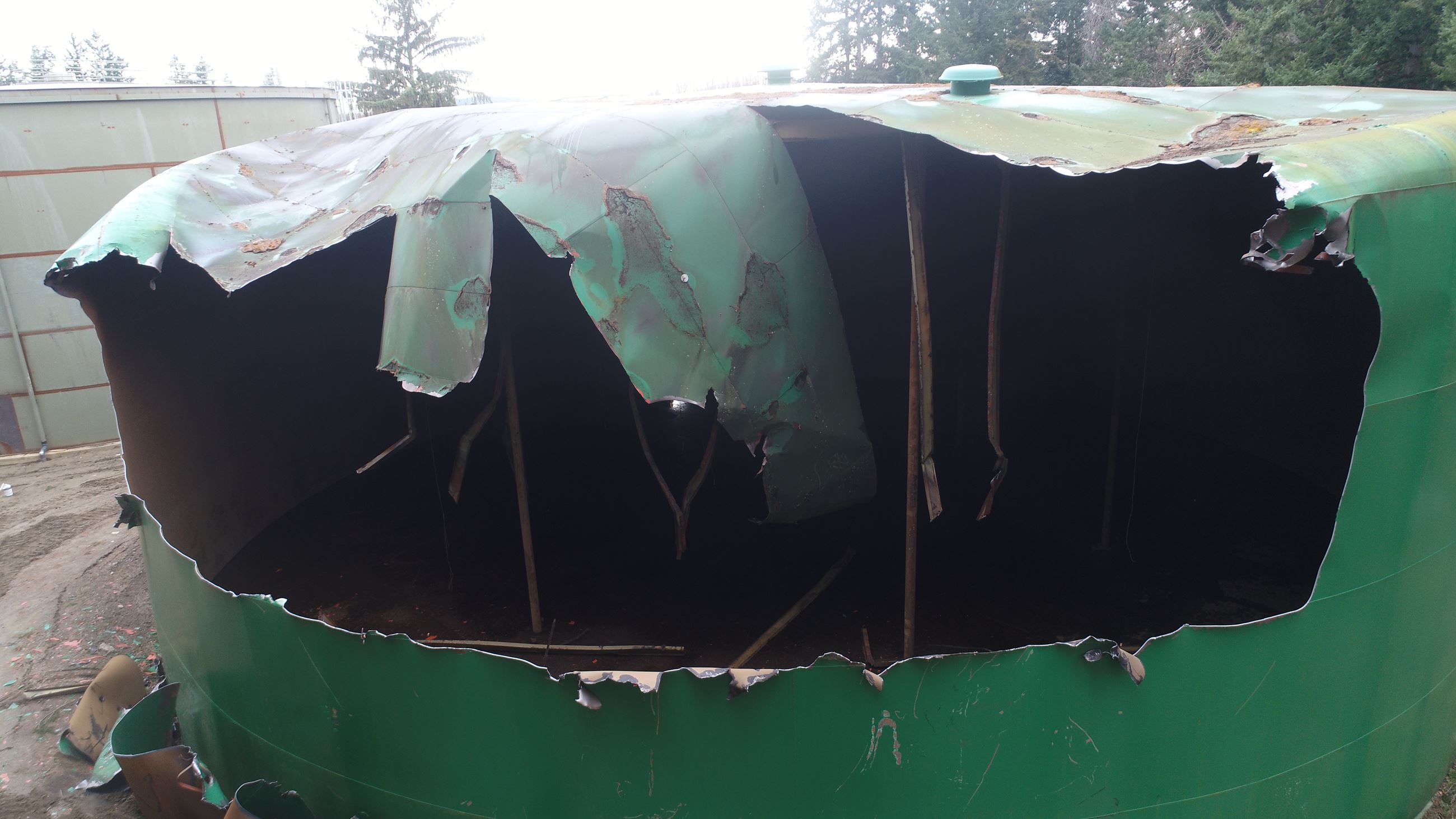 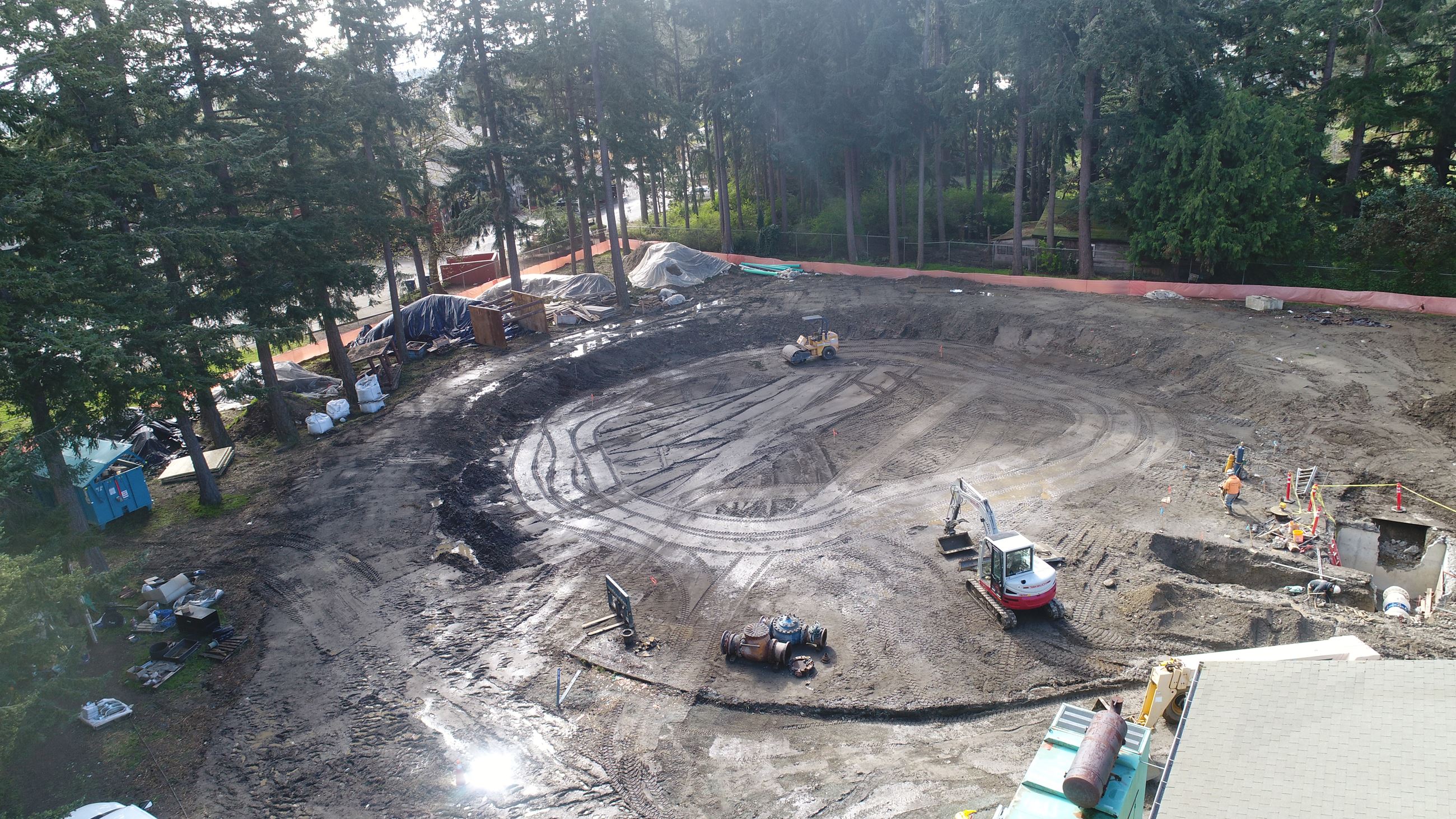 Construction of the second of two 1.5-million-gallon water tanks began in April at the Blue Heron reservoir and pump station. 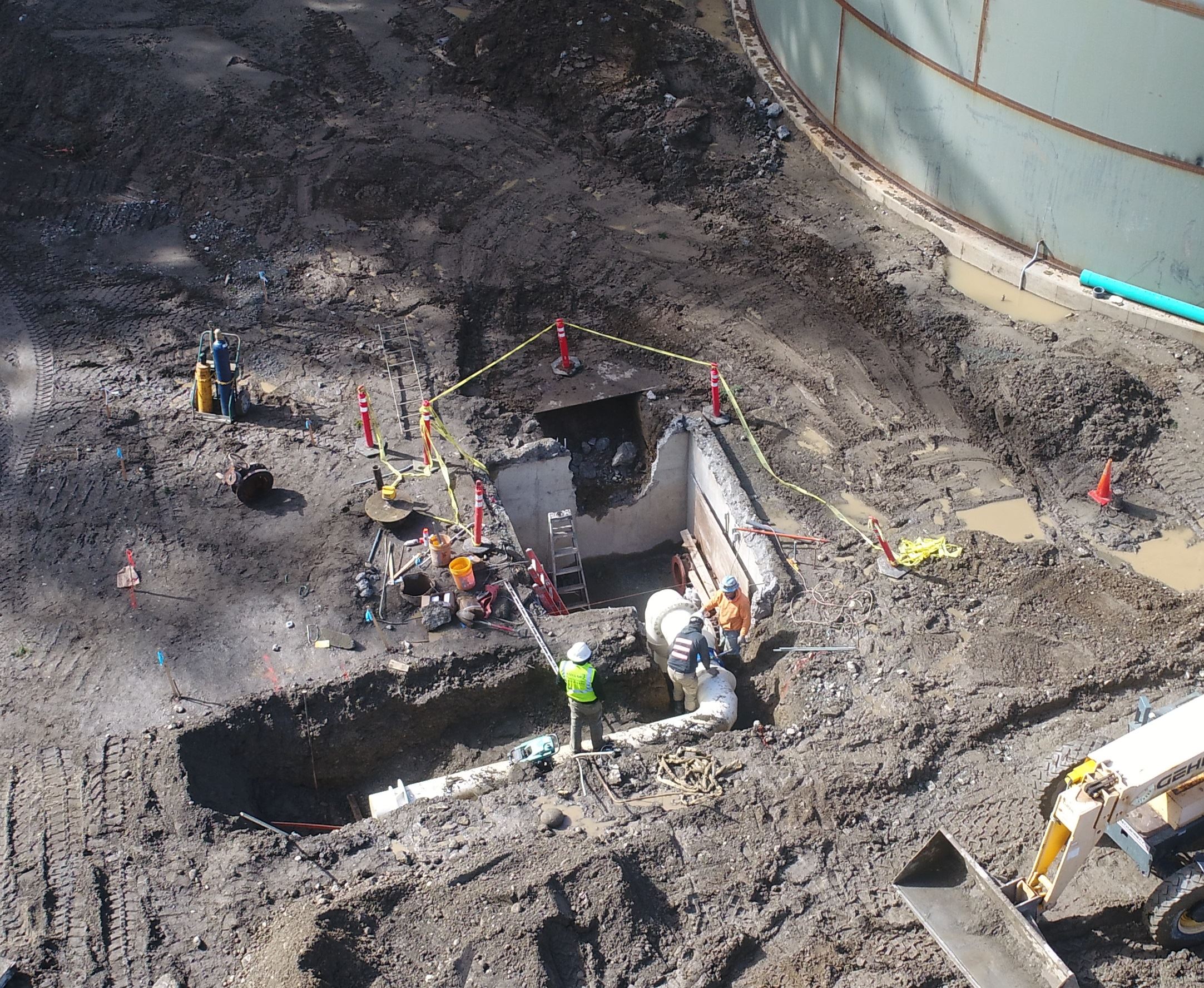 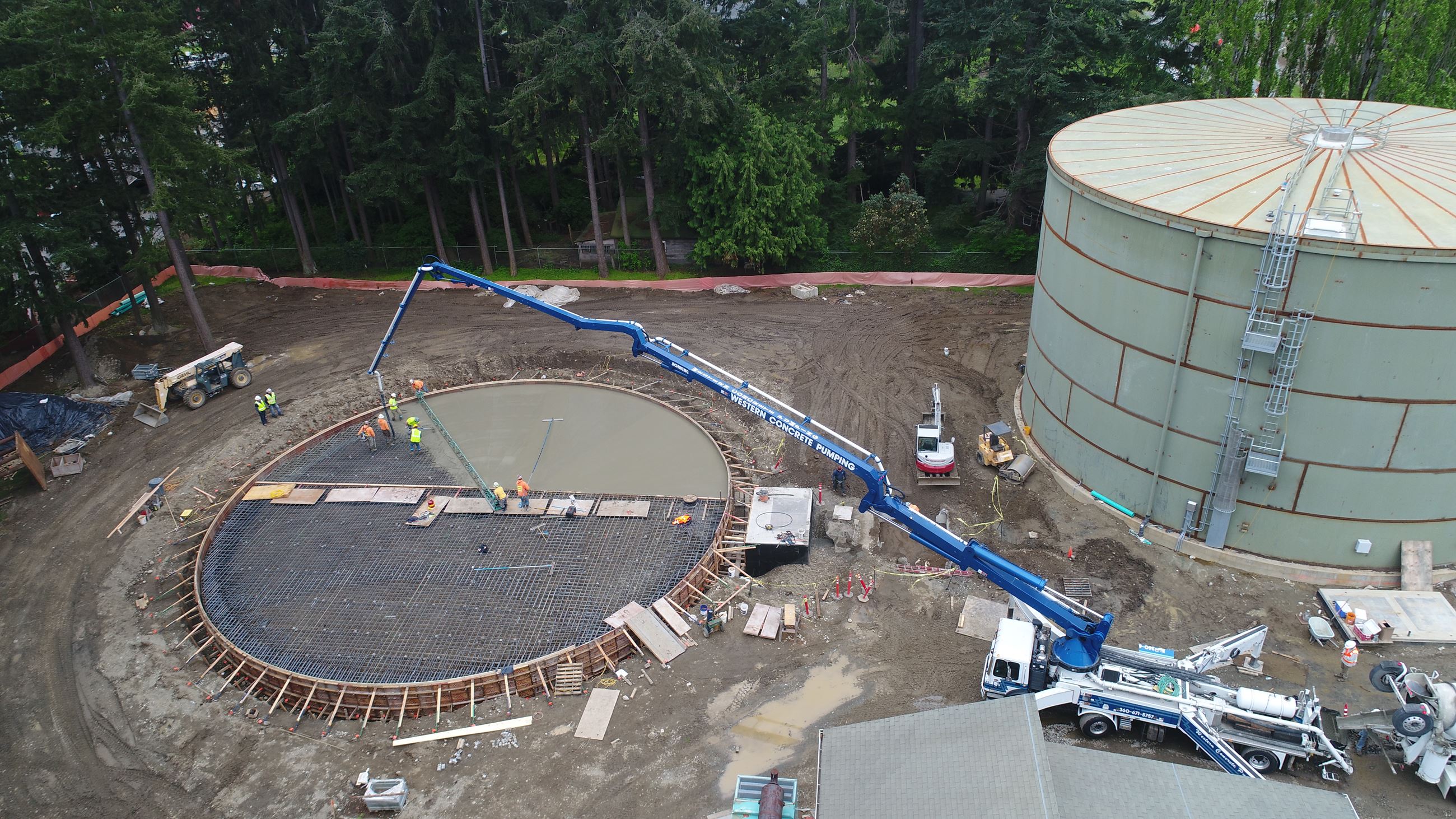 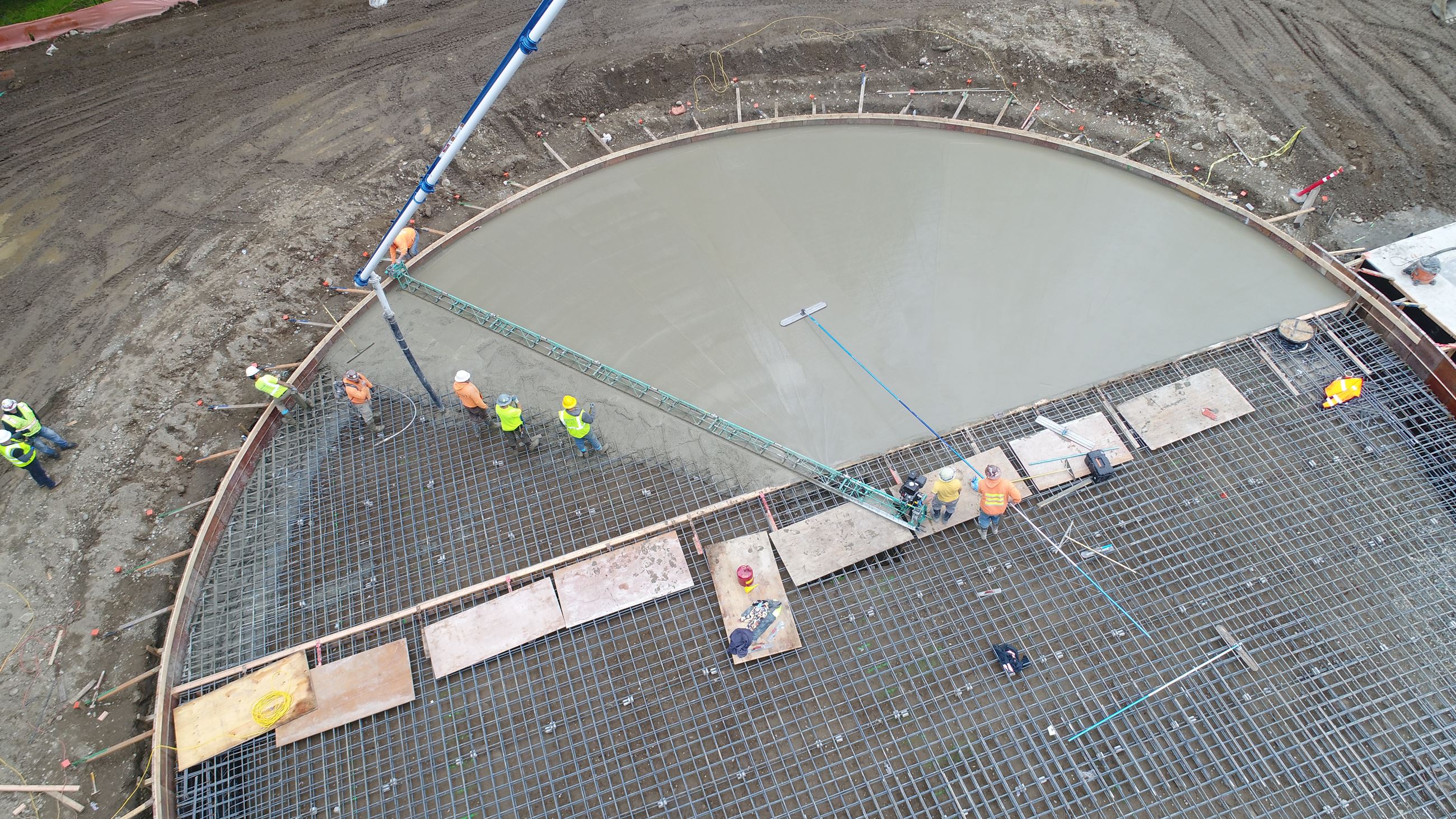 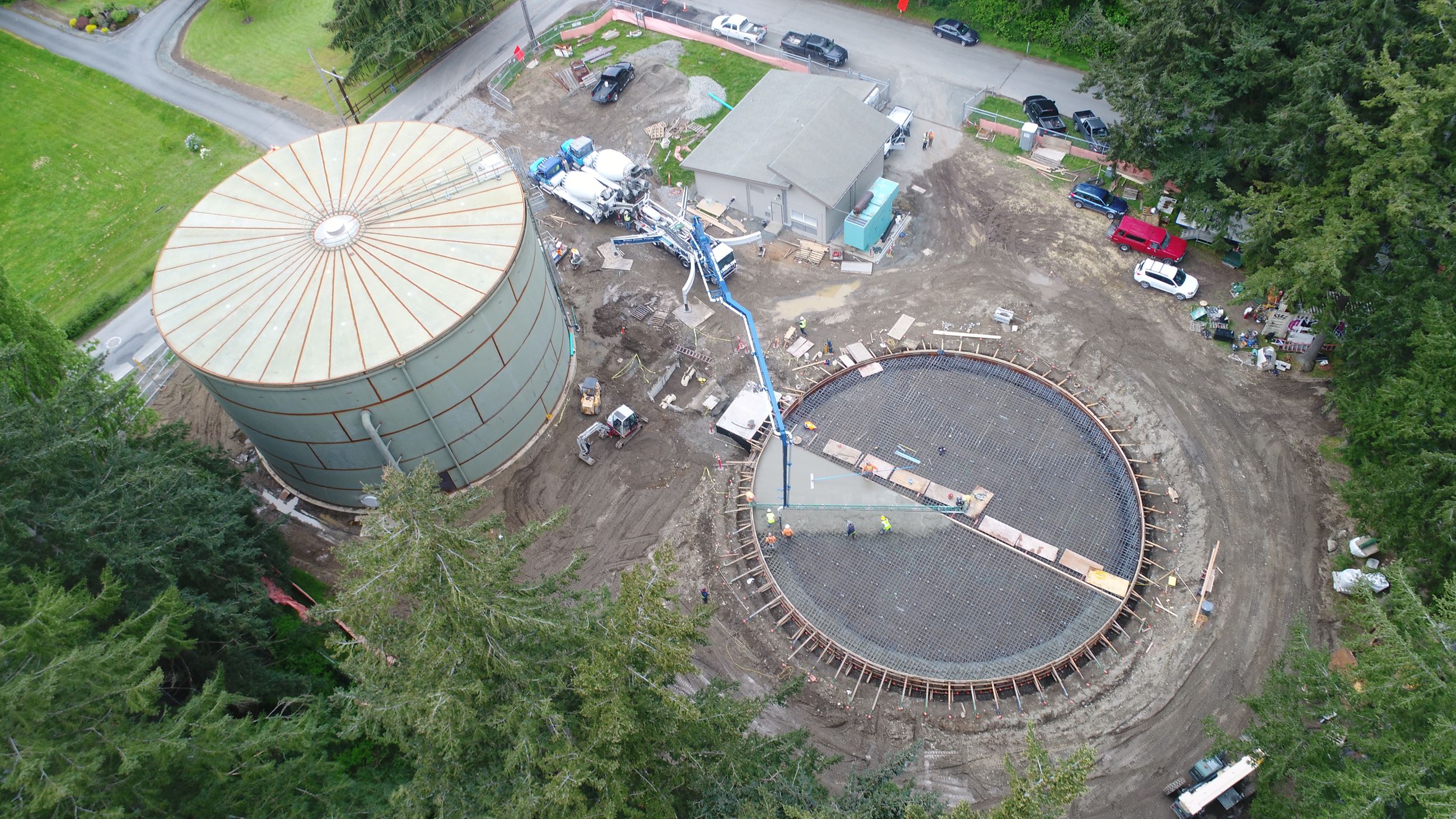 Workers started pouring the concrete base for the second new reservoir going in at the Blue Heron Station in mid-April. The project is on course to be completed October 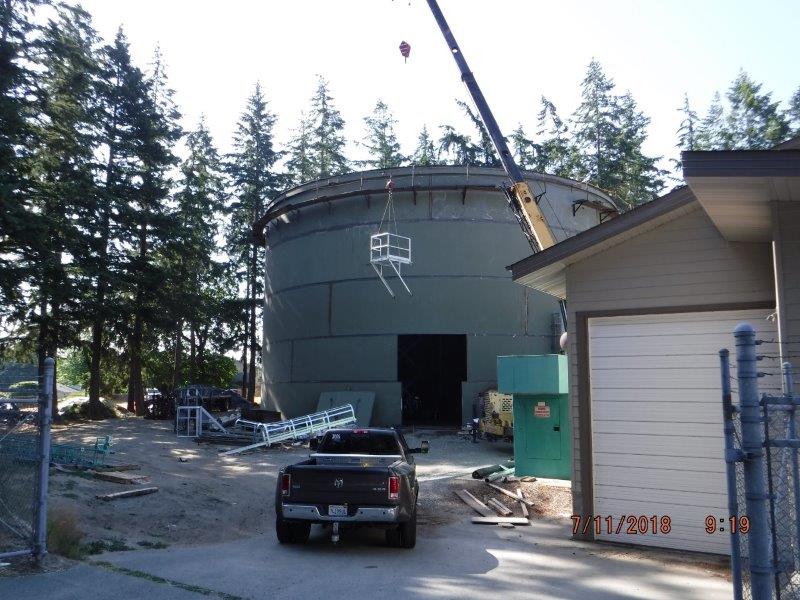 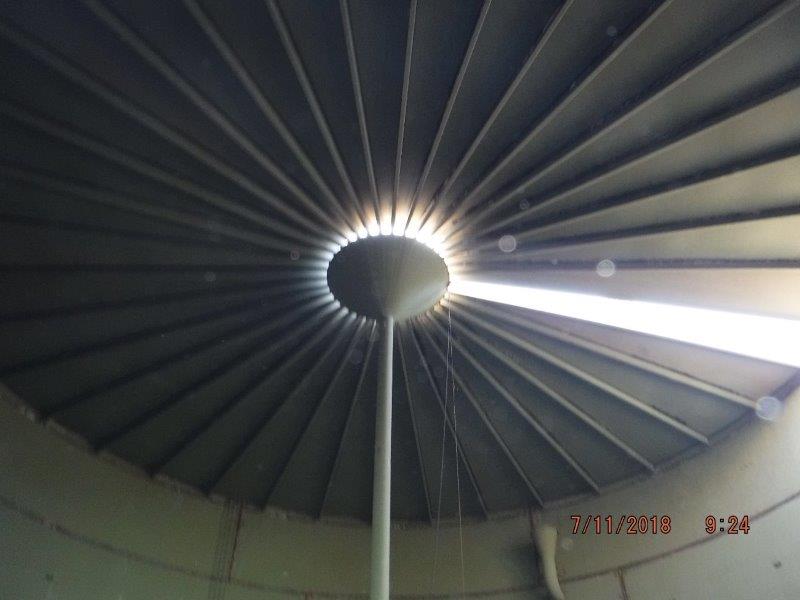 The second of two 1.5-million-gallon reservoirs at the Blue Heron pump site is almost complete with the sides, roof and some of the accessories such as ladders already attached. Next comes coating the tank and painting it and the companion tank right next to it. 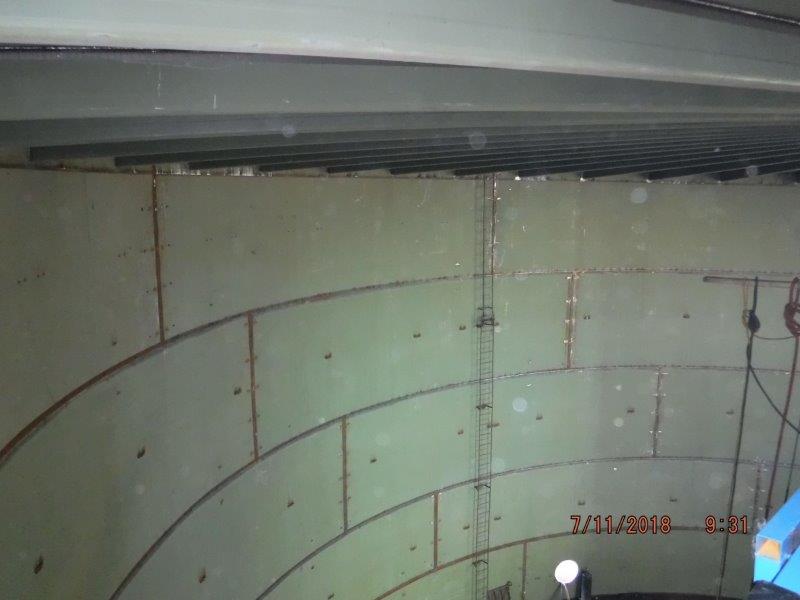