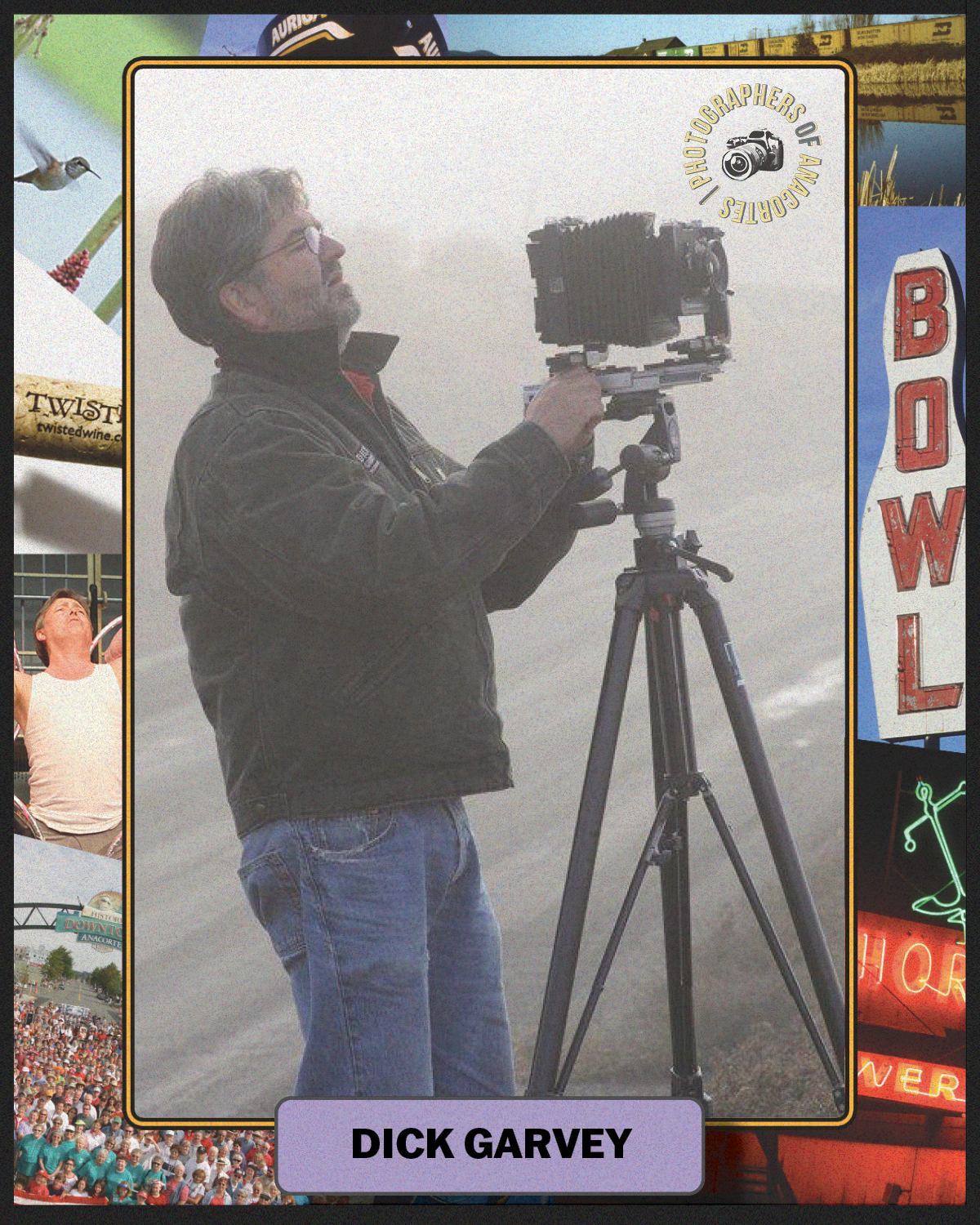 Art photographer Dick Garvey, a firm believer in reality, embraced color and natural light. “Chasing the Light” was on his business cards.

He and his family came to Anacortes in 1964. By the time he graduated from Anacortes High School in 1970, his parents’ home was decorated with photographs he took with his 35mm Pentax. Dick honed his technical skills at the Brooks Institute of Photography in Santa Barbara, Calif., where he earned a bachelor’s degree and began to develop the “Garveyesque” style. Returning to live in the Anacortes/Skagit Valley area, he made iconic large-format photographs have been exhibited throughout the Northwest and beyond. His home gallery was the Scott Milo in Anacortes.

He shared his skills, teaching many college course and seminars, often working with Matt Brown and Lewis Jones. He urged his students to make, not take photographs. He would challenge them to be mindful and attentive, asking “What were you thinking?”