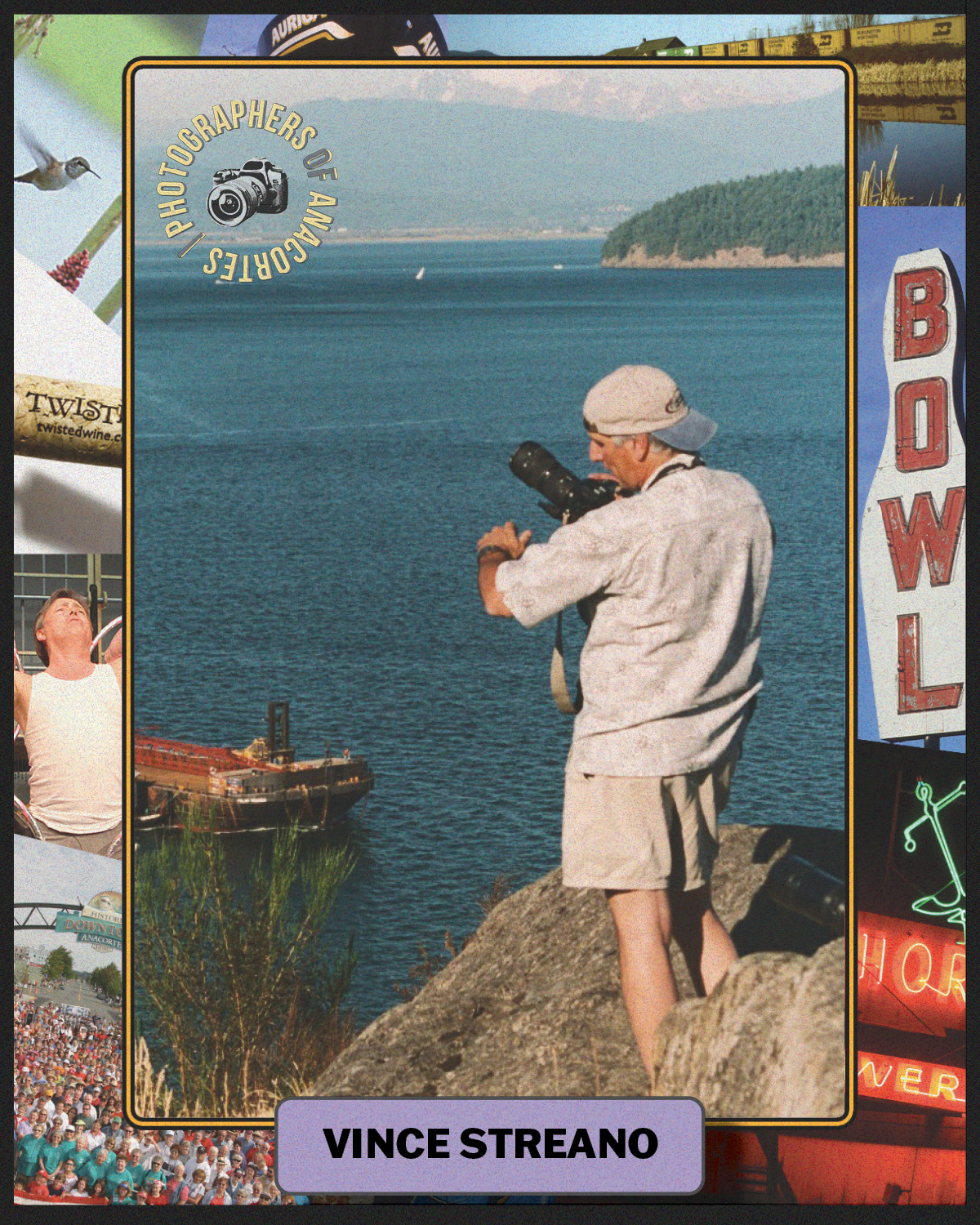 Vince Streano’s career as a professional photographer started at age 17, when he landed a job with a local newspaper. After college, he worked as a photojournalist for the San Jose Mercury and the then the Los Angeles Times. In 1973 he launched a solo career, freelancing for such publications as National Geographic, Smithsonian, Time and Sports Illustrated.  He transitioned to corporate work, both advertising and the documentation of major construction projects.

By the 1980s, Vince and his wife, photographer Carol Havens, established their stock photo company, Streano-Havens. They met Anacortes photographers Matt and Kathleen Brown in 1983 during a tour of China, and Dick Garvey while all three were teaching classes at Brooks Institute in Santa Barbara. They visited Matt and Dick in 1988, and in 1989 they moved to Dewey Beach. Their portfolio expanded to include fine art photographs of the region’s scenery, and he has most recently turned his focus to hummingbirds). In addition, Vince is Fidalgo Island’s semi-official weatherman, who wrote a long-running column in the Anacortes American, Weather or Not.