The influence of historic photographs hold on Anacortes should be immediately obvious to anyone who walks around town - the walls of countless buildings are adorned with recreations of historic local pictures by artist Bill Mitchell. Walking through historic Old Town immerses you in Anacortes' particular affinity for its past. 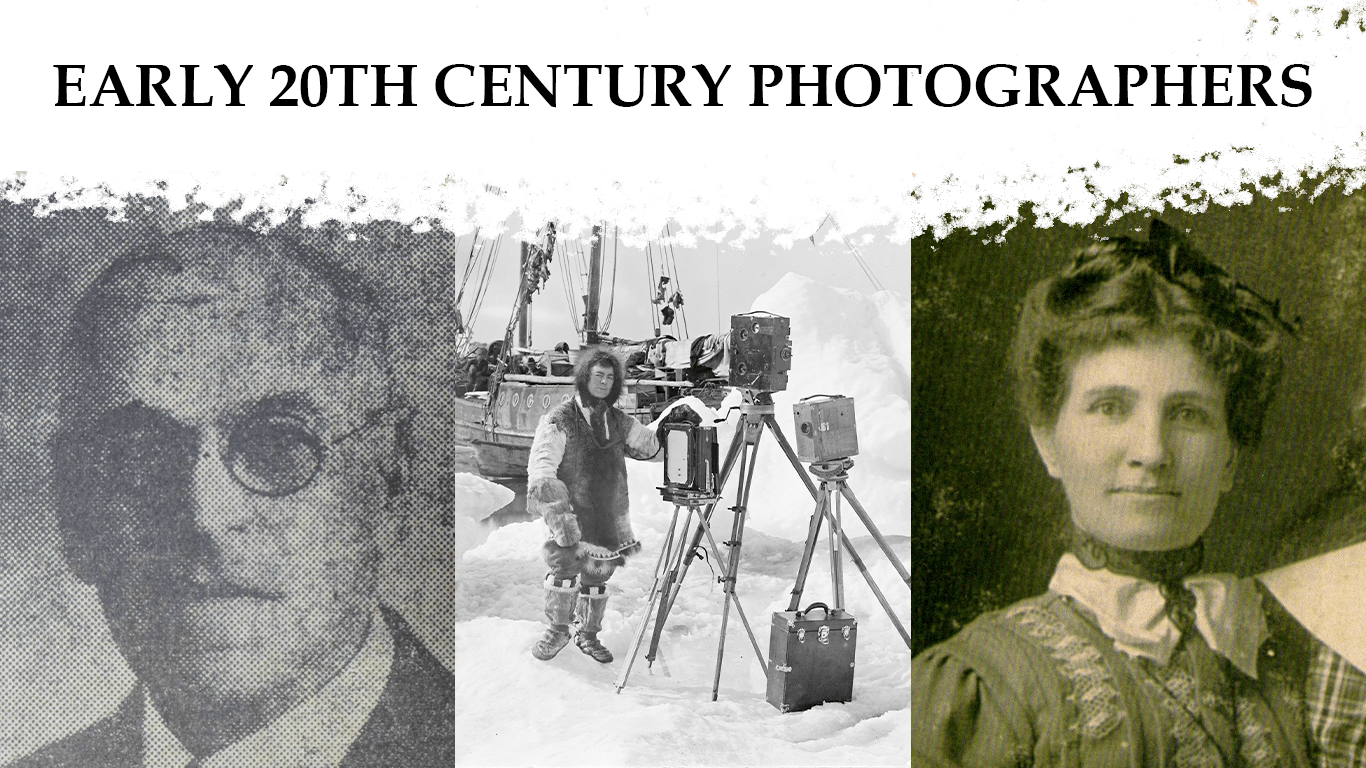 Coming into the 20th Century, Anacortes was beginning to look very different from the cowboyish boomtown of previous decades. The bounty of the forests and the sea provided fine lives for those who didn't flee the bust of the 1890s. Anacortes was no longer a dream or a rugged frontier to the recent white population, it was home now. The photos of this time reflect this new reality, before everyone's eyes and lenses, a city was being built. 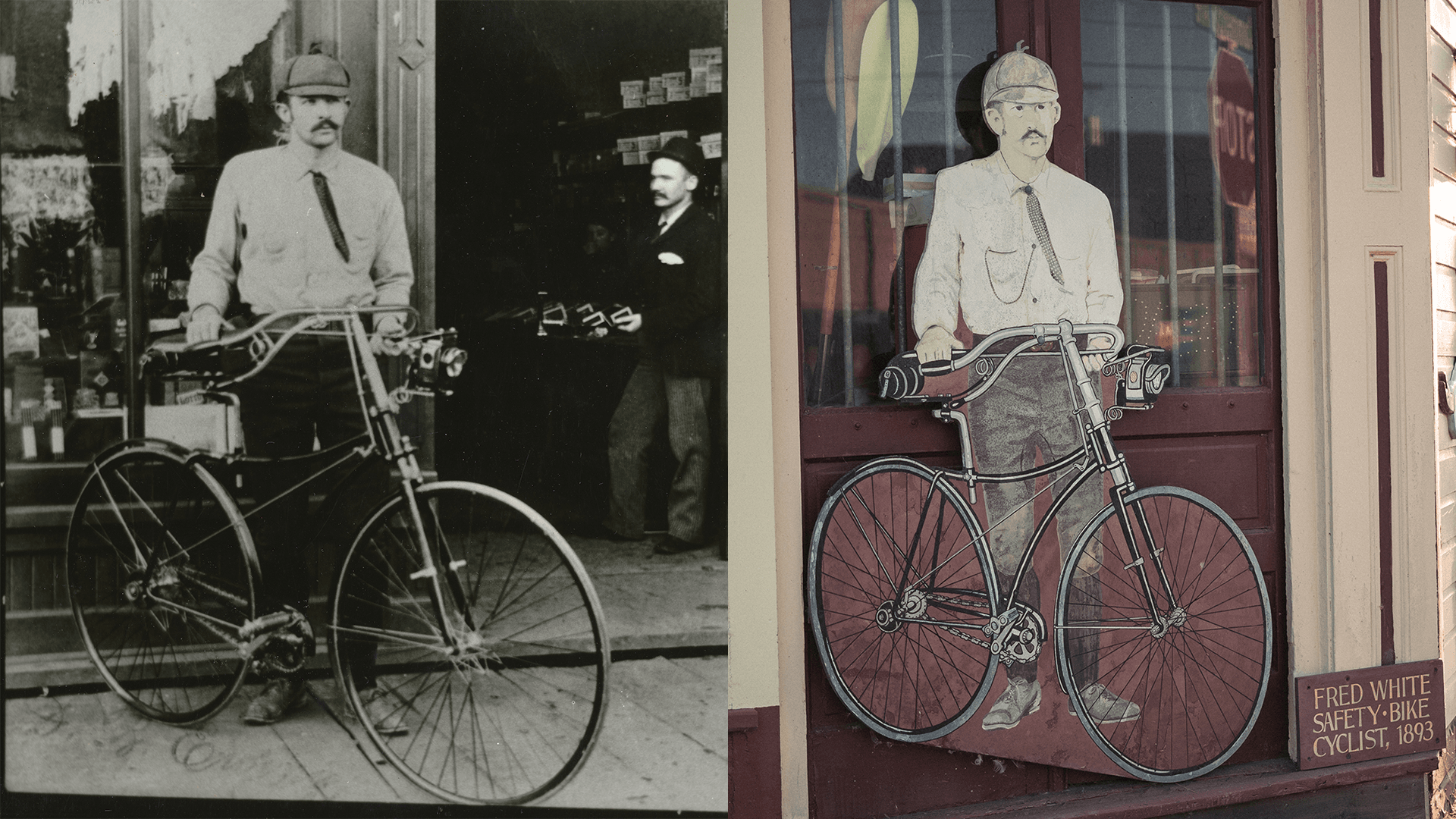 The first mural Fred White and his Safety Bike and the photo it was based on.

Most of the Bill Mitchell's murals were based on historic photographs.

As our fledgling town evolved, so too did photography; the craft was changing in both technology and technique. Charles Scarborough's adoption of panoramic photography led to the creation of sweeping views of Anacortes; capturing for the first time ever, just how truly expansive the view from Cap Sante is. Meanwhile, C.L. and Annabelle Judd were highlighting the brilliant shades of Fidalgo Island through their gorgeous hand-tinted photographs of the region - adding color to what had been an island of sepia and grey before.

One of the first panoramic shots taken of Anacortes. - Scarborough 1916

The early 20th-century marked a shift in the cultural relevance of photography, especially for the average Anacortesean. A more casual photographic market emerged through things such as the advent of the first Anacortes High School Yearbooks in 1910, as well as an increase of postcard photography and production going on in the area. 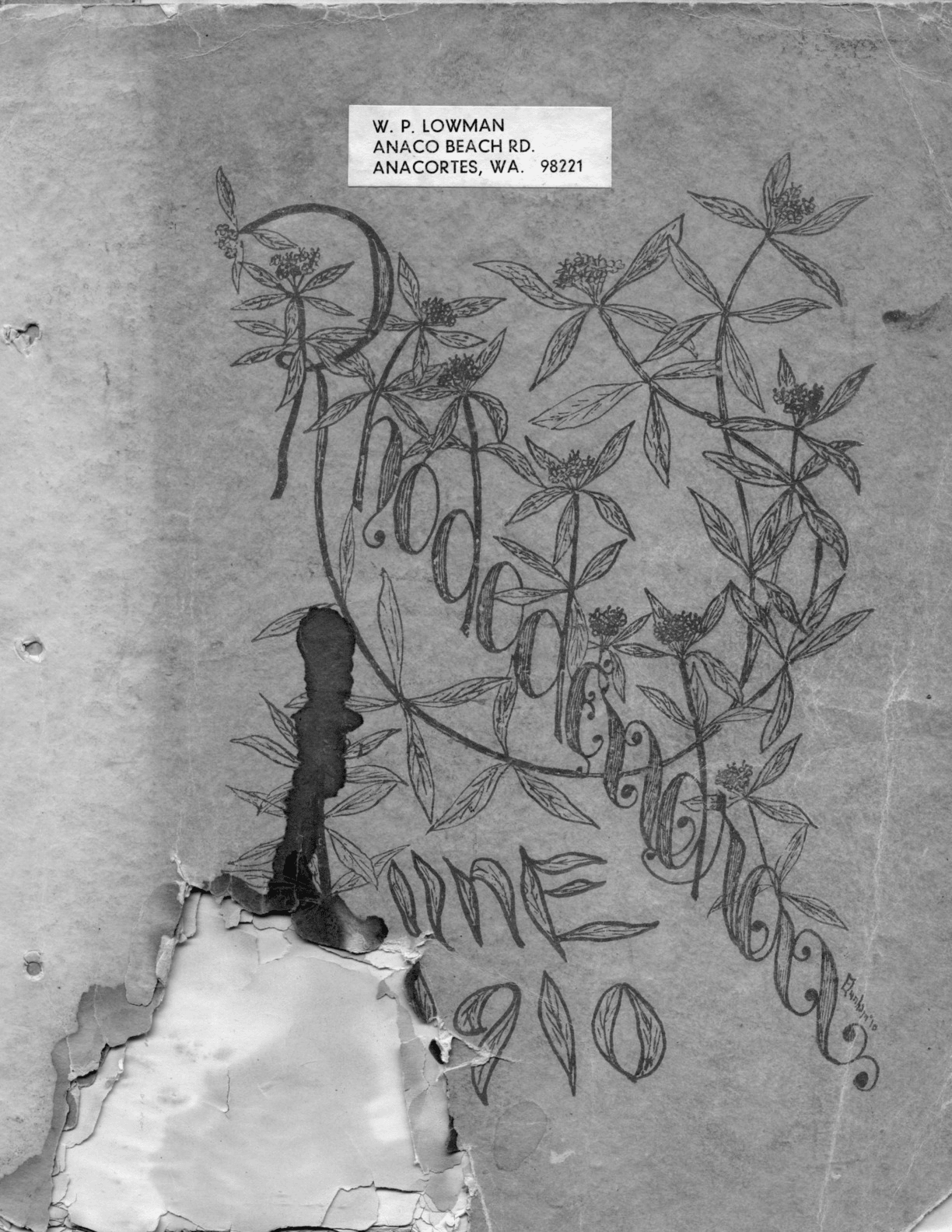 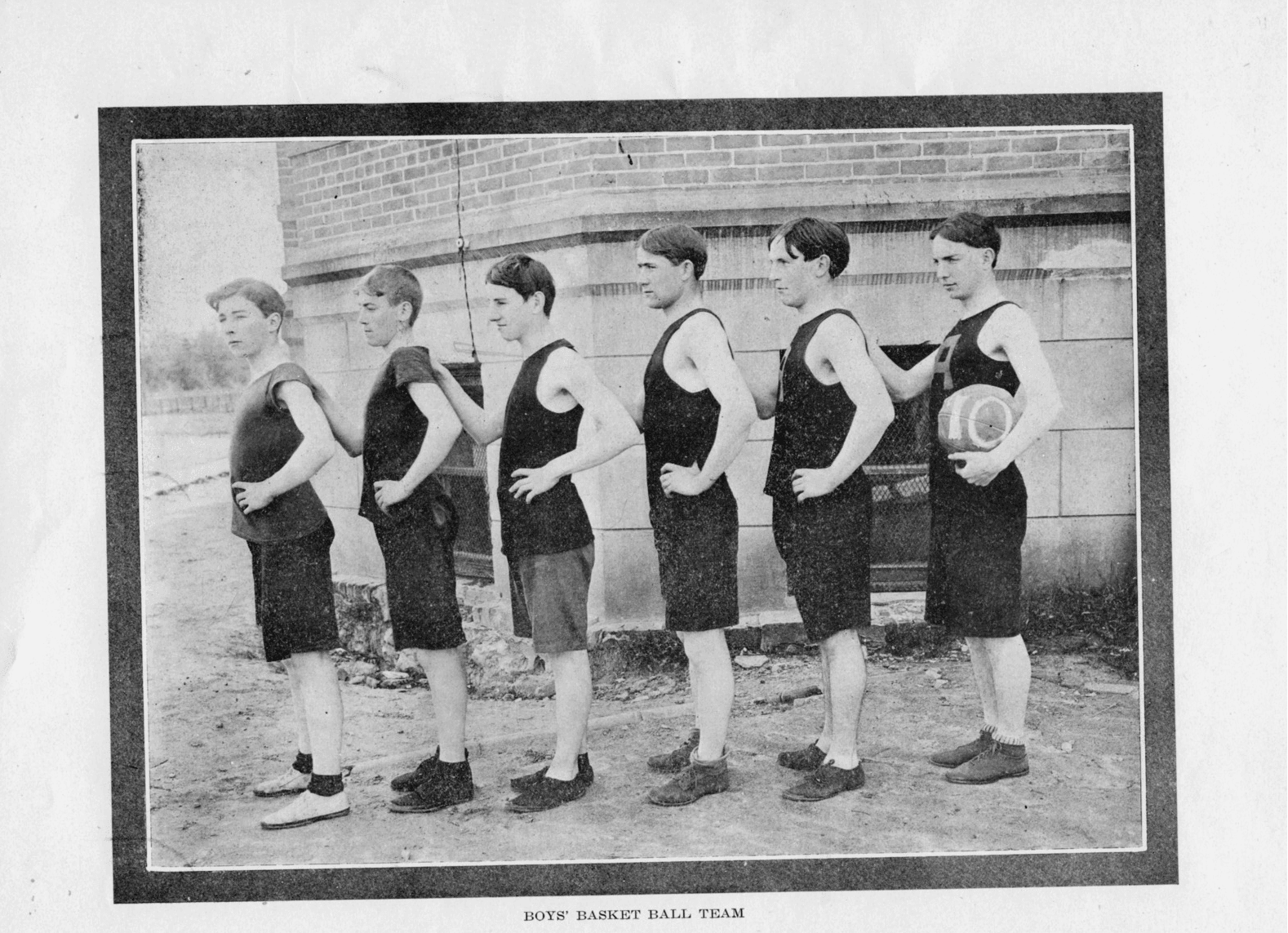 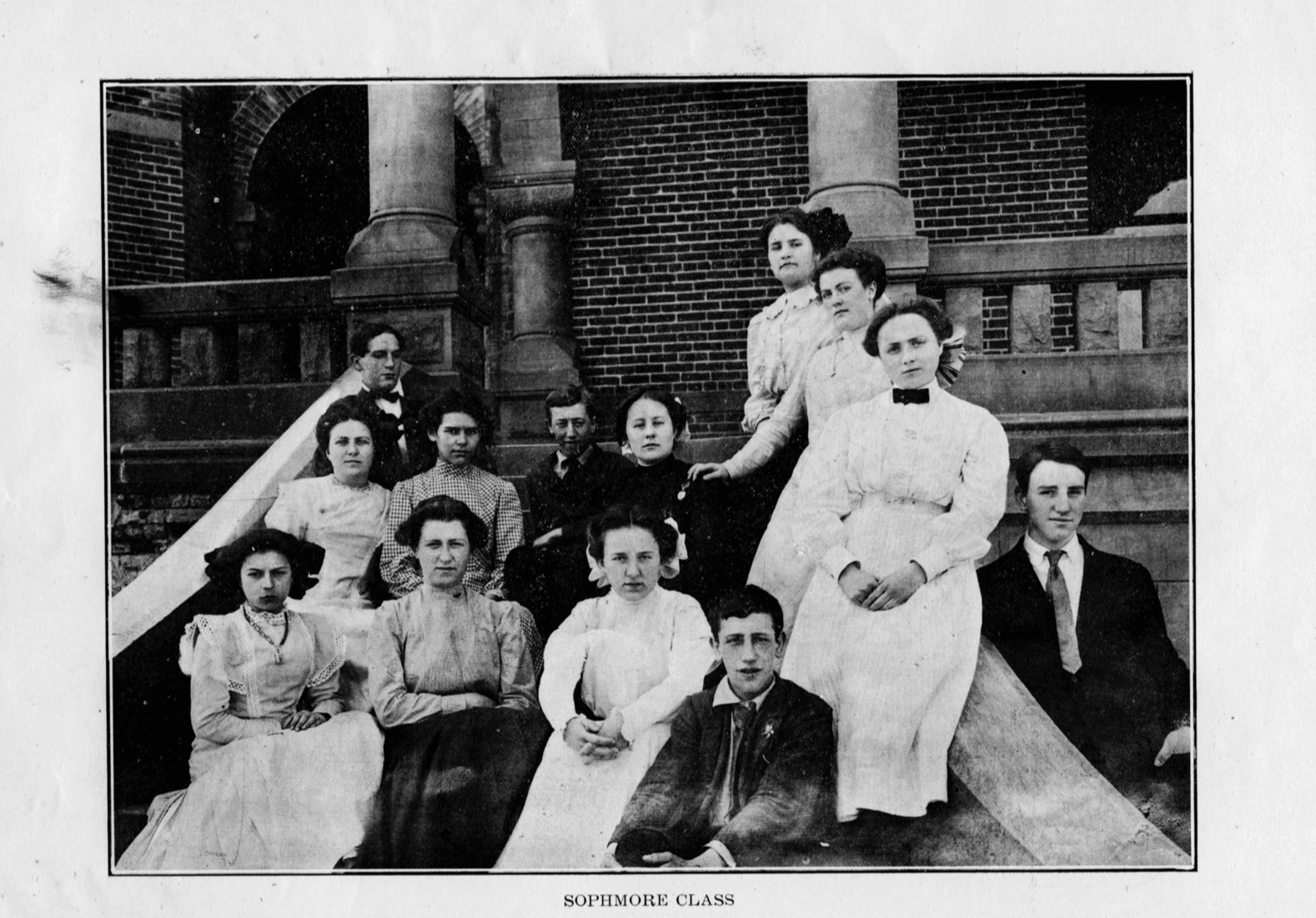 The first Rhododendron Yearbook. The beginning of a celebrated Anacortes tradition. - 1910