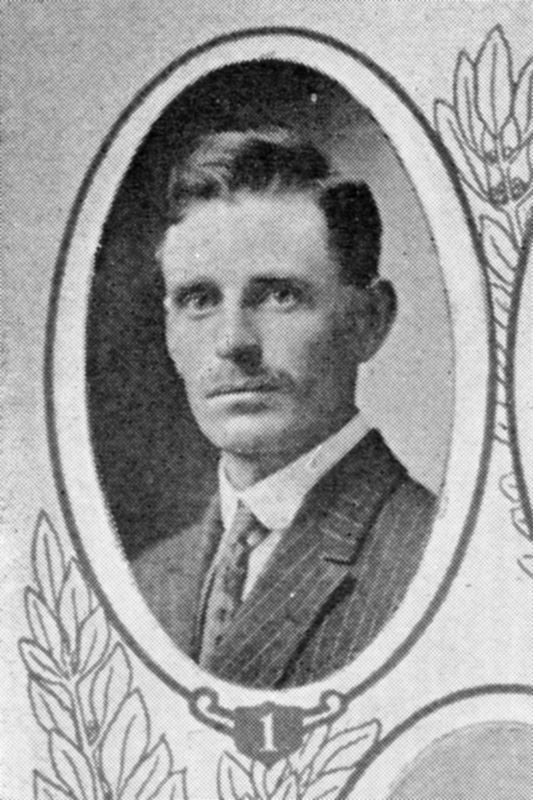 October 24, 2018 marks the centennial of the death in WWI of Harry Causland, who was raised on Guemes Island and Anacortes. At the October 22, 2018 City Council meeting, Mayor Gere presented a signed proclamation to Randy Leon Good, great nephew of Harry Leon Causland.

Mayor Gere read from an earlier 1921 city proclamation: “It is fitting that we should again express our feelings of loss and sympathy and proclaim to the world that we have not forgotten.” 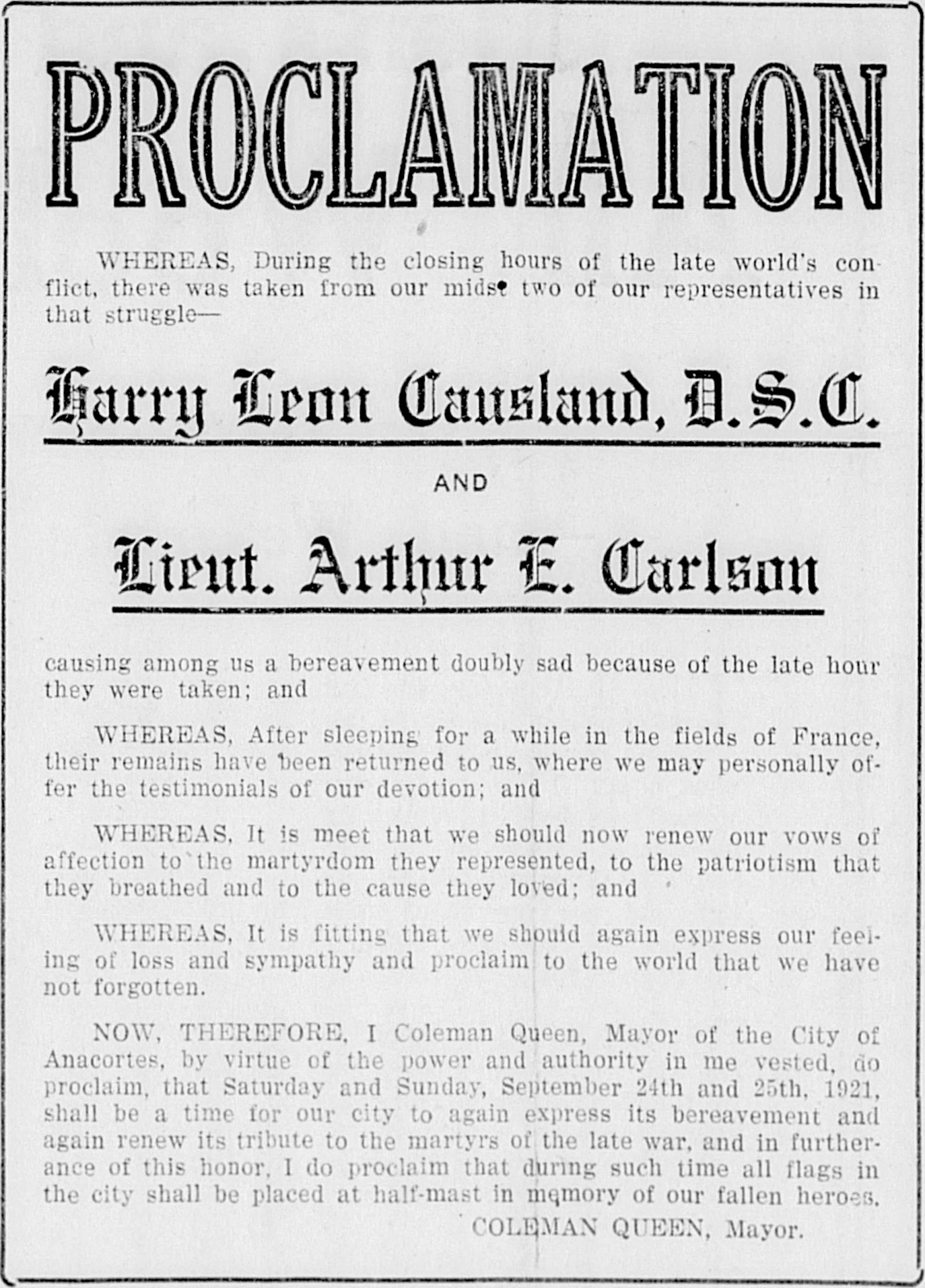 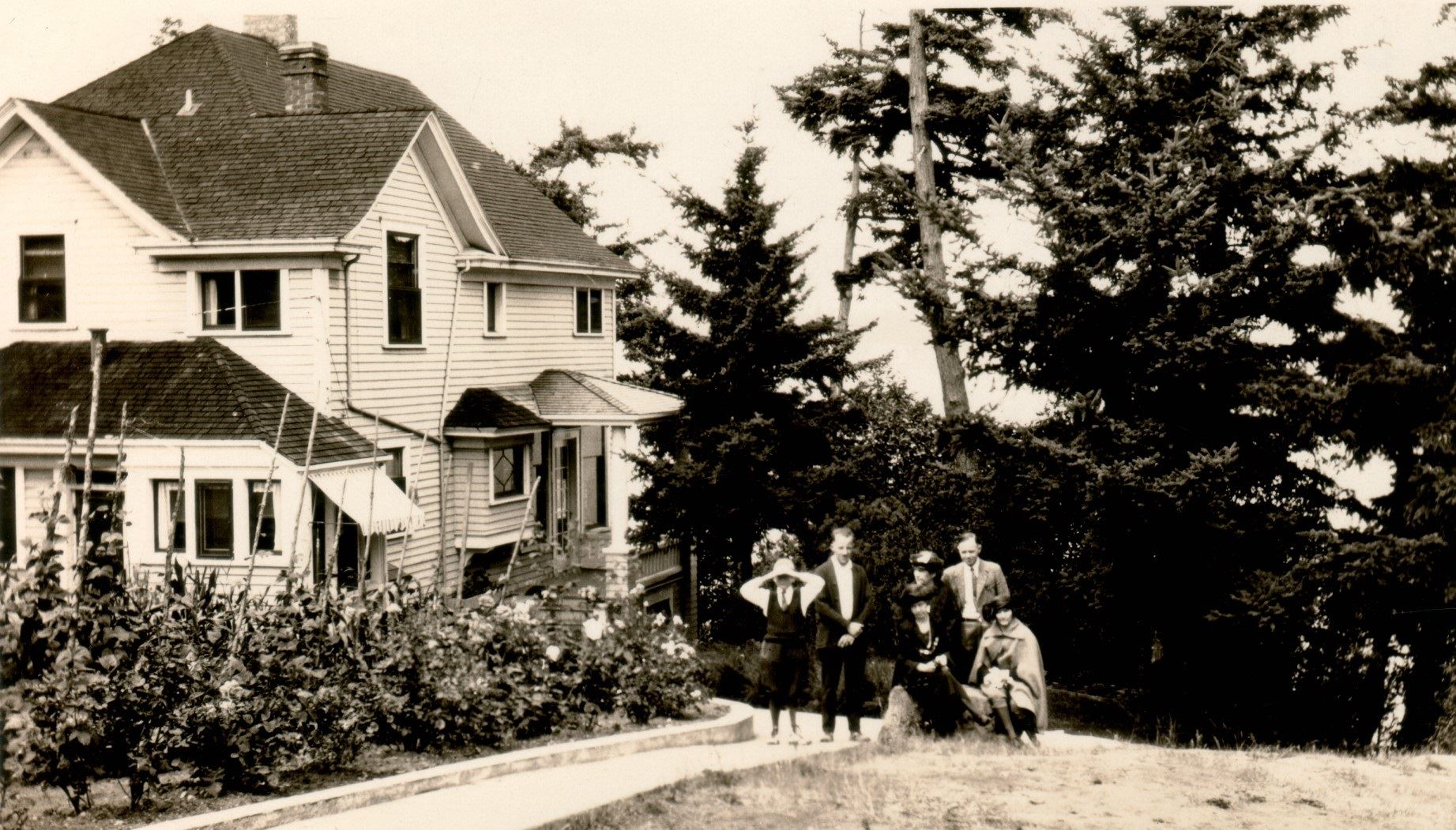 Harry Leon Causland was the first-born of Frank and Fanny Causland, arriving July 22, 1887, on the family’s Guemes Island farm.

According to the Causland history, Harry was always a considerate and helpful child. He was just past five years old when his brother Herbert joined the family. Both boys went to school on Guemes and later to Business College in Anacortes, owned by Professor Shanks.

As World War I progressed, the draft took more boys and raised the age for draftees. At the age of thirty-one, Harry entered the service on June 24, 1918. He landed at Glasgow, Scotland, rested a few days at camp, then moved on to France.

Harry Causland died in the line of duty October 24, 1918 in a battlefield at Bantheville Hill, France. He had volunteered to carry ammunition to surrounded comrades and was caught in machine gun fire as he delivered the ammunition.

Mrs. Fannie Causland received word from D. A. Emerson (Co. K, 357 Infantry) in a letter dated February 28, 1919. “I last saw him just before we started over the top, October 23, 1918. He was feeling fine and in good spirits.” Emerson’s letter was reprinted in the March 27, 1919 Anacortes American with the headline, “Harry Causland’s Bunk Mate Tells Vividly of Heroic Act.” Emerson stated, “The story of his heroic action that meant the sacrifice of his own life and the saving of the lives of his comrades and checking the advance of the Germans is familiar to most of the men of this battalion.”

For his acts of bravery, Causland was chosen by General John J. Pershing as one of the “One Hundred Immortals.” Causland was also awarded the Distinguished Service Cross, the second highest military decoration that can be awarded to a soldier in the U.S. Army.